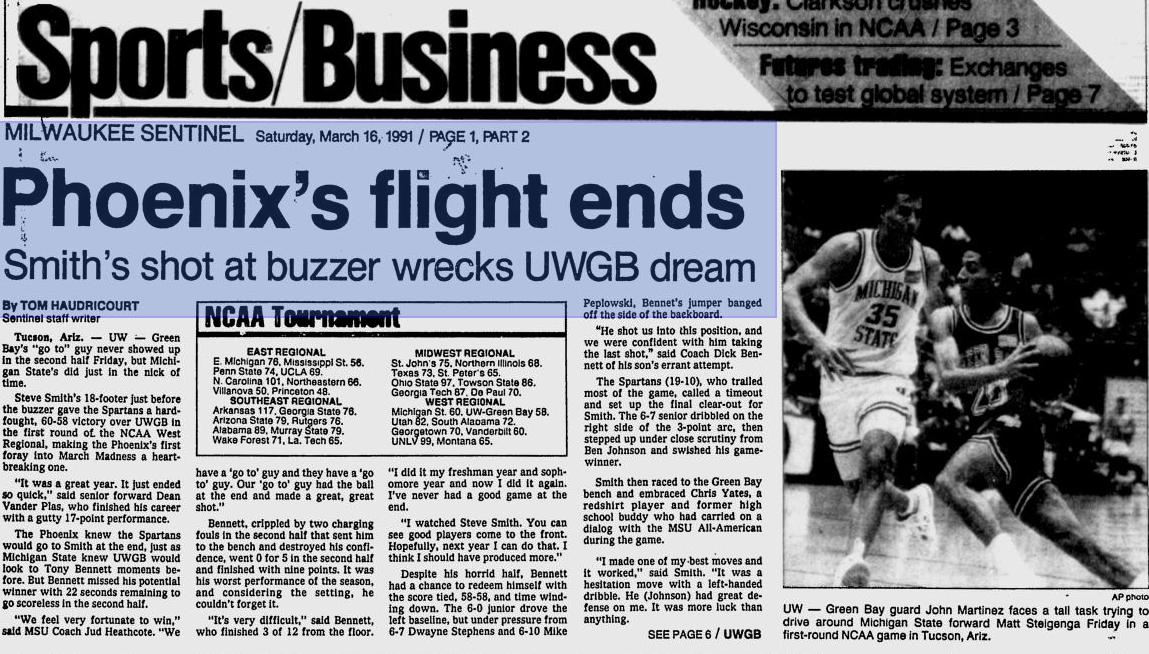 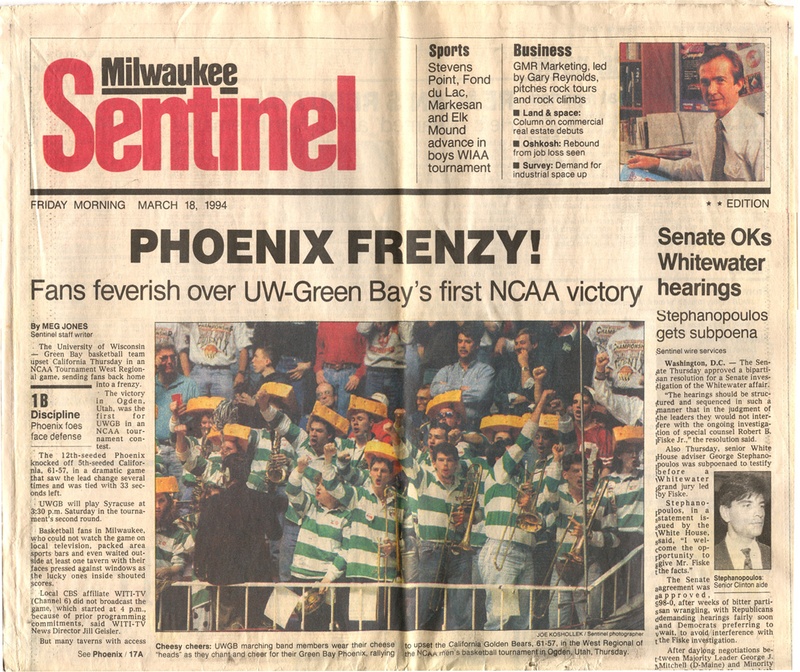 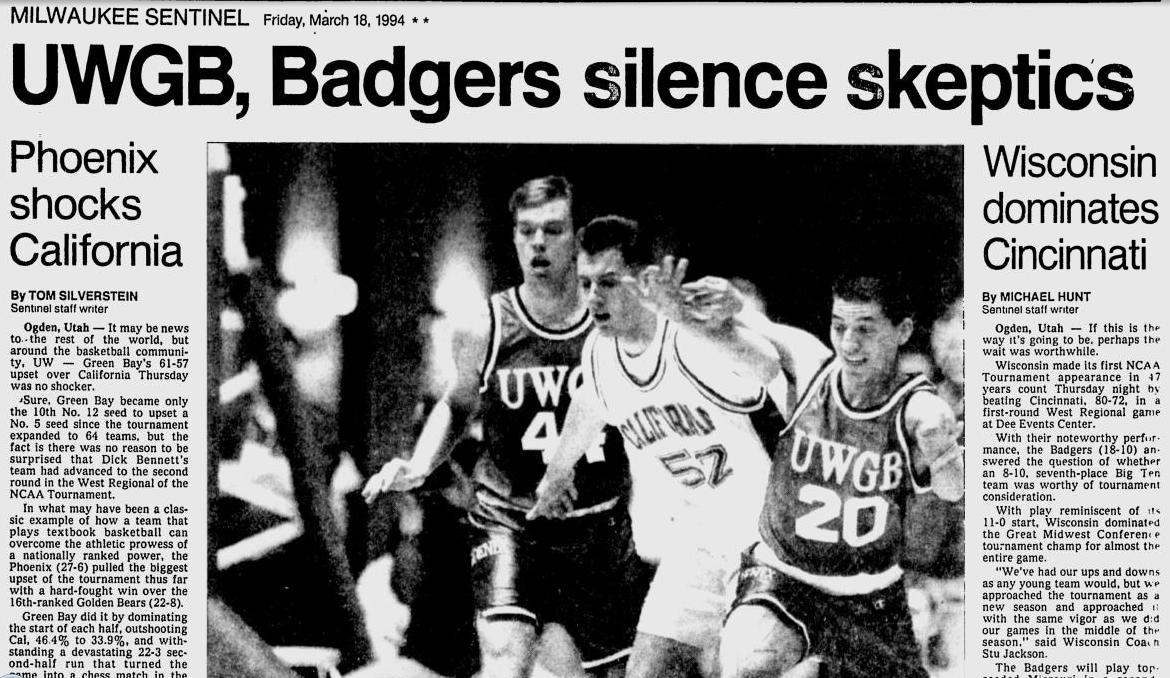 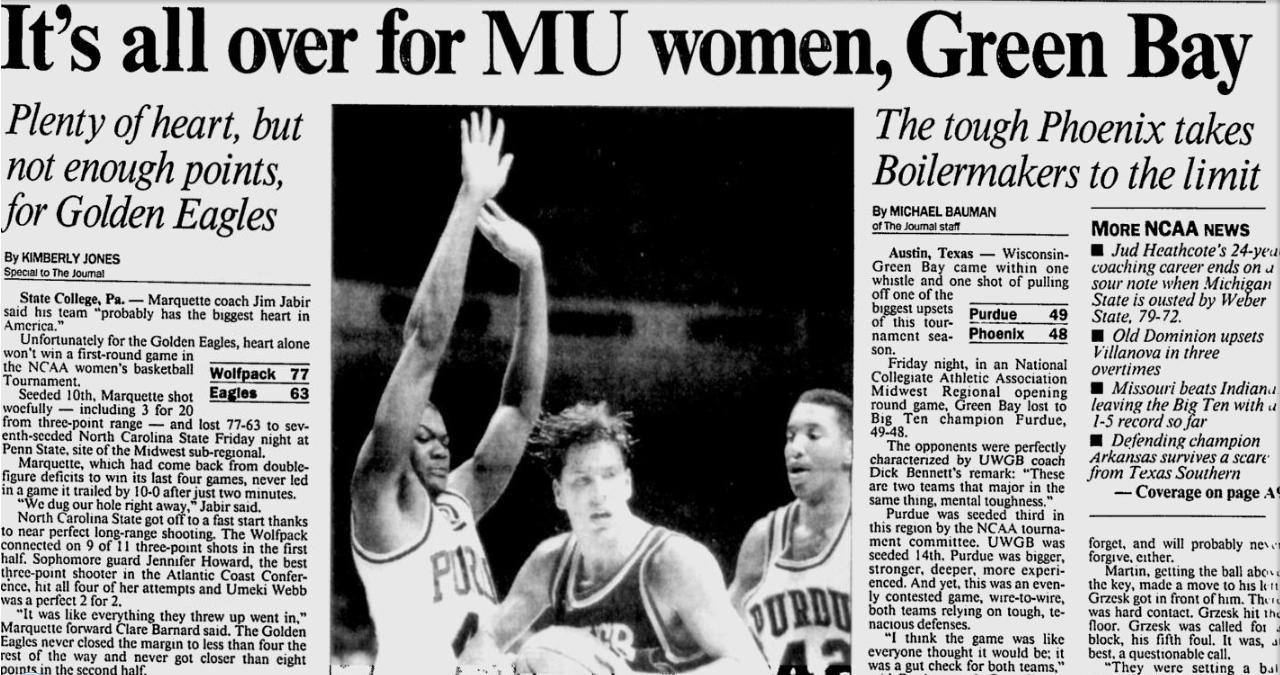 Green Bay players in the NBA

There have been six former Green Bay Phoenix basketball players that have either played or been drafted by NBA teams.  They are:

Drafted by the Charlotte Hornets in the 2nd round of the 1992 NBA Draft.

Undrafted, played the 1995-1996 season with the Los Angeles Clippers.

Drafted by the Milwaukee Bucks in the 2nd round of the 1996 NBA Draft.

Drafted by the Phoenix Suns in the 2nd round of the 2014 NBA Draft.

Former Phoenix guard Tony Bennett is the greatest player in the history of Green Bay Phoenix basketball.
He still is the leading scorer in program history with 2,285 points, as well as the all-time assist leader with 601 career assists.
Bennett, who was a two-time Mid-Continent Conference Player of the Year, also still holds the NCAA record for career three point field goal percentage with 49.7%.
As a senior he won the Frances Pomeroy Naismith Award, which is given to the best senior player in the country under six feet tall.
The Phoenix compiled a 87-34 record during his playing days in Green Bay, including an NCAA tournament appearance and two NIT bids.
He was selected 35th overall in the 1992 NBA Draft by the Charlotte Hornets where be played 3 seasons before sustaining a career ending injury.
Bennett is currently the Head Coach of the Virginia Cavaliers and sat down with Andrew Gavin and gave this interview offering a trip down memory lane of some of his fondest memories of playing in Green Bay.
Virginia played against the Phoenix at the Resch Center in a non-conference game during the 2013-2014 season.