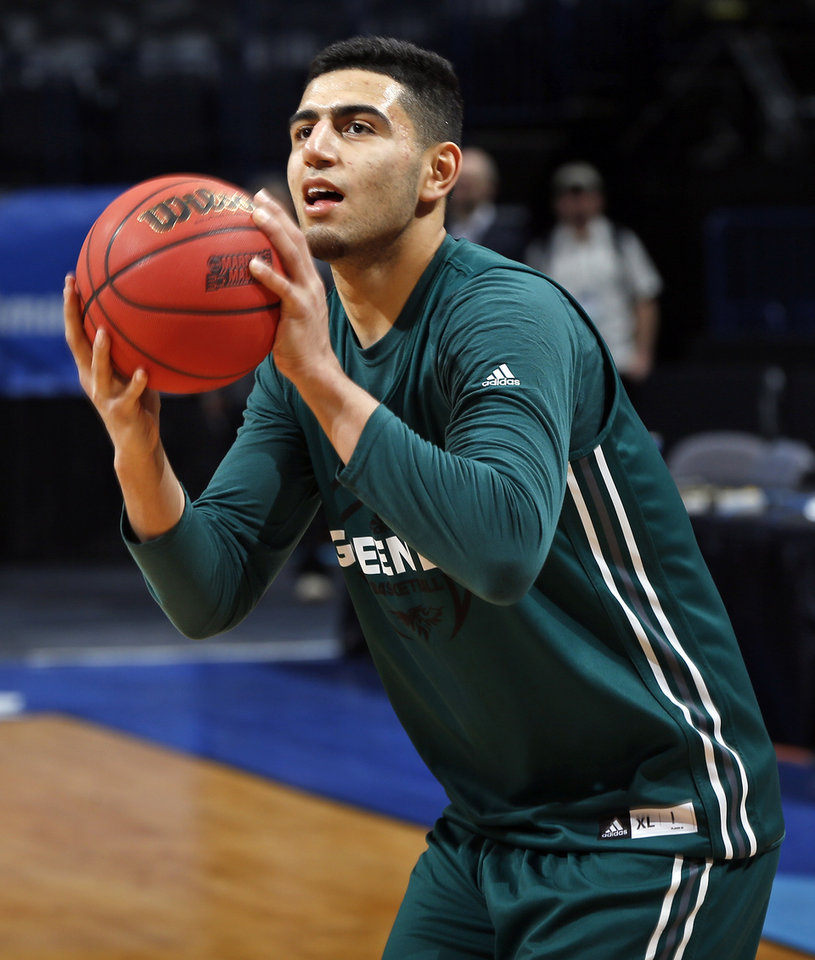 Kerem Kanter’s time at Green Bay could be coming to a close one year early.

The 6’10” forward from Istanbul announced via Twitter on Friday afternoon that he has decided to declare for the upcoming 2017 NBA Draft. Kanter will not hire an agent meaning he could withdraw his name from the draft field and return for his senior season of college basketball.

“After careful consideration and consultation with my coaches and my family, I have decided to announce my intention to declare for the 2017 NBA Draft,” Kanter wrote. “At this time I will not hire a representative or agent.”

Even if he removes his name from the NBA Draft, Kanter will graduate from UWGB this summer and can transfer and be eligible to play immediately under the NCAA’s graduate transfer rule.

Jon Rothstein of CBS Sports was the first to report that he will do just that, though the Green Bay Press-Gazette’s Scott Venci is reporting that, according to Kanter, the report of him transferring is “not true.”

Regardless if Kanter decides to stay in the draft, transfer, or turn professional and play overseas, it appears that his time in a Phoenix uniform has likely come to an end.

“The first thing I want to do is thank the Green Bay fans who have shown tremendous support throughout my journey,” Kanter’s statement says. “The fans and my teammates gave me great pleasure in playing as hard as I possibly could. When I had arrived to [sic] University of Wisconsin – Green Bay I had a personal goal of preparing myself to take a leap in my academic, spiritual, personal and athletic life.”

“While all of these are important factors to me, it is education that I wish to highlight. Education is incredibly important to me and my family and that is why I am blessed to be able to graduate this June. I am grateful and humbled by the love, memories, and relationships I have built in Green Bay, and wish to express my appreciation to those who have assisted and supported me throughout my journey.”

Kanter had a breakout season for Green Bay this year and was slated to play a huge role for the Phoenix next season. He was a likely candidate to be named to one of the Horizon League’s preseason All-League teams next season.

He greatly improved his scoring from 3.9 per game as a sophomore to 11.3 this past season as a junior. He was the team’s leading rebounder at 6.3 per game which ranked 9th in the conference. He also knocked down 14 three pointers this season, knocking down 35.0% compared to making just 5 as a sophomore (20.0%).

After a slow start, he scored in double figures in 18 of Green Bay’s final 25 games and averaged 13.1 points and 7.0 rebounds in 21.2 minutes per game during that stretch.

The 2017 NBA Draft will take place June 22nd. Kanter and other early entry candidates have until June 12th to withdraw their name from the draft. The Draft Combine will take place May 9-14 in Chicago.

The loss of Kanter would leave a huge hole on Green Bay’s roster as the Phoenix were already going to be short on big men after losing 6’8” Kenneth Lowe and 6’8” Jamar Hurdle to graduation. As of right now, next season’s roster only has two players taller than 6’6” – 6’8” David Jesperson and 6’8” Will Chevalier, both of which are considered to be more “stretch four” players that are better on the perimeter.

Green Bay has extended scholarship offers to a couple of interior post players – 6’8” Manny Patterson, a senior at Chicago’s Kenwood Academy, as well as 6’9” Vance Johnson, a JUCO forward at Northeast Community College in Nebraska. He would have two years of eligibility remaining.

If Kanter decides not to return, the Phoenix would have three open scholarships available for the 2017 recruiting class that already has Chevalier, Trevian Bell, PJ Pipes, and Paul Turner plus Marquette transfer Sandy Cohen.