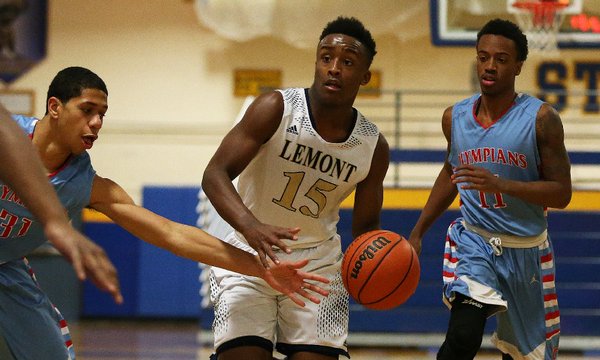 The Green Bay Phoenix coaching staff have landed another 2017 recruit.

PJ Pipes, a 6’2” point guard from Lemont, Illinois, committed to Green Bay on Saturday. He is the third player to commit to Green Bay’s 2017 recruiting class.

“I would like to say thanks to my parents, coaches, and everyone who has helped me make my decision,” Pipes wrote in a message he posted on Twitter. “I would like to thank all the coaches that recruited me and for taking the time to get to know me.”

“After talking with my family I have decided to continue my academic and athletic career at the University of Wisconsin-Green Bay!”

Pipes was named all-conference in the South Suburban Blue division selection as a junior this past season, averaging 20 points, 3.3 rebounds, 2.5 assists, and 1.8 steals per game. He shot 44% from the floor and 35% from beyond the arc.

“I chose [Green Bay] because I felt like it was the perfect fit for me offensively wise and defensively,” Pipes told Prep Hoops Illinois. “The coaches believed in my abilities and wanted nothing but the best for me. It also felt like home and a place I wanted to be for four years.”

Pipes chose the Phoenix over Division I offers from Navy and the University of Denver as well as several Division II offers.

He joins a class that includes Will Chevalier (Kimberly, WI) and Trevian Bell (Joliet, IL) that have given verbal commitment to Green Bay so far. Prospects can officially sign starting November 9th when the early signing period begins.

The Phoenix still have three open scholarships remaining for their 2017 class.